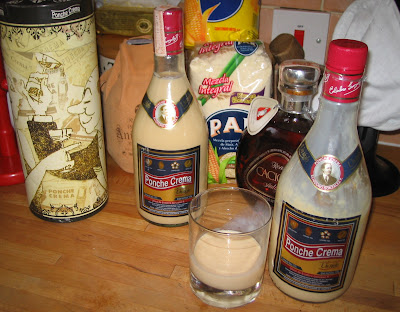 December is here and it's time to break out the glasses and share a cordial round of Ponche Crema, Venezuela's most typical festive drink.

Made from alcohol, milk, egg-whites, sugar and a few a closely-guarded secret ingredients, Ponche Crema has been infusing Venezuelan family gatherings with Christmas spirit since Eliodoro Gonzalez P. first came up with the concoction in 1900.

It wasn't the first ponche ever invented, as Venezuelans had been making their own home recipes of milk, sugar and rum (even cognac in some cases) for years and continue to do so today, but Don Eliodoro's Ponche Crema had the distinction of becoming a household name and a national tradition.

A chemist, perfumer and tireless entrepreneur, Don Eliodoro really hit the jackpot with his Ponche Crema, which was so popular when it first came out that the president of the republic, Cipriano Castro, personally signed the patent for it on 17 March 1904. 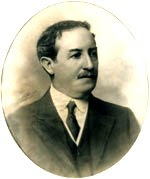 Eliodoro then took his patented cream punch on a tour of the great fairs of the United States and Europe. It was a smash in London, where it won the "Grand Prix" at the 1908 fair, and was received with accolades at the Saint Louis World Fair in Missouri, the International Maritime Exhibit in Bordeaux and the Food and Hygiene Exhibit in Paris, the capital of fashion and taste at the time.

A commentator wrote afterwards: "With the same confidence in his dreams he felt like a Columbus in reverse: he wanted to conquer the Old World, the ancient and arrogant Europe. For this endeavour he did not need an army, nor religion, nor violence, and even less the useless promise of gold... A little milk, eggs, sugar and a 'touch' of alcohol would be all he neded to amaze those who, with the sheer passage of time, had lost faith."

Don Eliodoro died on 29 January, 1923, with his place in Venezuela's culinary history firmly established. The secret of his punch was passed on to his relatives, known as the Successors of Eliodoro Gonzalez P.

They have continued to produce Ponche Crema in exactly the same way to the present day and it is now exported to Miami and New York in the USA, the Canary Islands, Panama, Costa Rica, Peru, the Dominican Republic, Saint Marteen, Antigua and Saint Thomas.

Today, only four people are entrusted with the secret - which many have tried to copy but which none have bettered - and the company is keen to stress that the famous recipe is the best kept industrial secret in the world.

The company's slogan is "Navidad es compartir!" ("Christmas is for sharing") and in my experience Ponche Crema is the one thing guaranteed to bring the family together and get otherwise straight-laced tios and tias shaking their stuff to the latest reggaeton tracks following the traditional Christmas meal, held late on 24 December.

As a friend once said to me after I turned down a glass of the sweet, Bailey's like drink: "No tienes miedo pana. Bebetelo! Es nacional y hoy es navidad!" ("Don't be scared, mate. Drink it up! It's a national drink and today is Christmas!").

Before I knew it I was doing my best(?!) Daddy Yankee impression while elderly auntie Caridad showed off her "perreo" and everybody stood round and clapped. 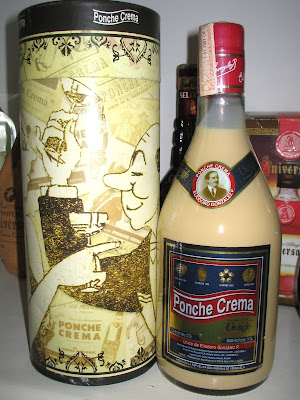 Posted by Russell Maddicks at 6:17 AM