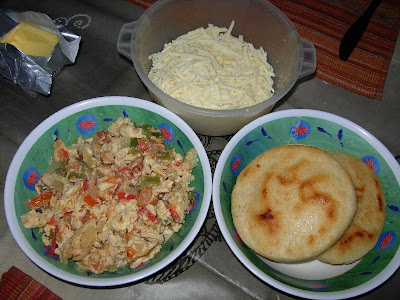 You don't get plain old scrambled eggs in Venezuela. As befits a vibrant tropical country where eating great-tasting food is an intrinsic part of the culture, you get something far more exciting and colourful: Perico.

The name of the dish comes from the Spanish word for parrot, probably because the red, yellow and green of the ingredients echoes the parrot's colourful plumage. Interestingly, perico is also a slang term for cocaine (perhaps because users of the drug tend to prattle on so much about nothing in particular).

But whatever you get up to on Saturday night, perico is a fast, simple way to brighten up brunch on a grey, drizzly Sunday.

In Venezuela it is generally eaten alone with arepas (see recipe below), or in combination with bacon or ham, black beans and grated cheese.

I usually have some hot sauce handy too. Venezuelans generally shy away from incorporating chillies into their cooking but will have homemade picante sauce on the table to give an extra zing to meals.

The best perico I have ever tasted was at a small roadside stall in the wide-open plains of Venezuela's cowboy country known as Los Llanos. It was only about 10:30 in the morning but already the sun was stirring up heat swirls from the asphalt road.

We ate off battered plastic plates at a rickety table under a zinc roof and our breakfast was accompanied by a few ice-cold Polar beers from the cool box.

But what made it so memorable was that the lady serving the food had crushed chicharron - pork scratchings - into the eggs, which took the whole experience to a different level.

2. Cut the tomatoes up into small squares and remove seeds and excess juice. 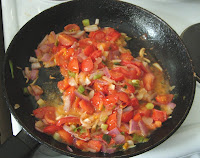 3. Heat the olive oil in a medium frying pan.

4. Add the onion and when it starts to brown add spring onions, pepper and tomatoes.

5. Turn down heat and cook for about 6-8 minutes, adding salt and ground black pepper to season.

6. Break eggs into a bowl and whisk until you get bubbles on top. 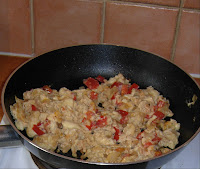 7. Add eggs to frying pan and stir gently as it cooks and scrambled egg forms.

8. When the scrambled egg is ready, remove from heat and serve.