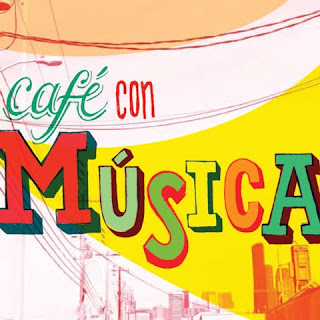 By Russell Maddicks
If you like a little Latin flava with your mocha coconut frapuccino then look no further than coffee chain Starbucks who have just released "Cafe con Musica" - their first compilation of contemporary Latino sounds in collaboration with LA-based indie label Nacional Records.

Two of the 16 tracks are by Venezuelan groups: "Mentiras" by the funky boogaloo pop-rocksters known as Los Amigos Invisibles - one of the best Latin dance party bands working in the USA today - and "Arenita Playita" by the hip hop group Cuarto Poder.

The blurb from Starbucks highlights how mainstream contemporary Latin music is nowadays and how important Nacional Records has become in the promotion of so many talented artists from Latin America, Spain and the USA: "This is a snapshot of the current Latin alternative scene featuring an international array of artists exploring a range of genres, from rock to electronica and beyond. Working with Nacional Records, the foremost source of exciting new sounds from Latin musicians, we offer an introduction to elite talent from a thriving musical movement."

The participating artists cover a wide range of styles from the loungetastic cha-cha-cha reworking of "Sweet Dreams Are Made of This" by Señor Coconut, to the lyrical poetry of Chilean rapper Ana Tijoux on "1977" and the electro-tuba beats of Mexican DJ/electronica collective Nortec.

It's a shame they didn't include tracks by other Nacional Records' artists like Manu Chao and Plastilina Mosh, but there's still plenty of great artists to explore on this compilation.

So, what are you waiting for ese? With a Starbucks on nearly every corner of every major city in the States you should find no trouble picking up a copy. And with so many dance beats to shake your booty to on this album, it's a healthier option than the double fudge mini-donuts.

The CD will be on sale at participating Starbucks outlets in the USA until 16 July.

Posted by Russell Maddicks at 11:20 AM