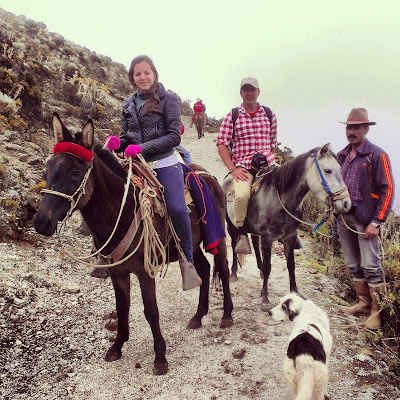 In October 2013 I was invited to travel around Venezuela on a Press Trip organized by the Tourism Ministry (MinTur) in the run up to the FITVen2013 International Tourism Fair.

As I lost my laptop and camera en route to Venezuela I was forced to improvise. Armed only with an HTC One S mobile phone with an 8 megapixel camera, I decided to document my trip on Instagram.

Through trial and error, I learnt how to get the most out of a single shot and train my eye to find images that would work in a square. The filters I just responded to depending on my mood that day. The feedback on Instagram, Facebook and Twitter has been really encouraging.

I am pleased with the results.

The restrictions of Instagram forced me to be more creative and think carefully before taking each shot, which helped me to see Venezuela in a different way.

I came home with some great new images of Caracas, the islands of Margarita, Coche and Cubagua, rafting in Barinas, paragliding in Mérida and the folk festivals of the Pueblos del Sur, remote villages in the Andean mountains south of Merida. 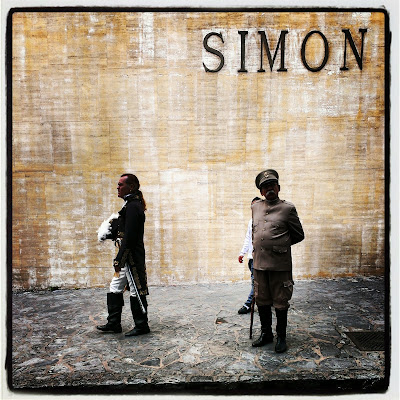 ﻿
Street Theatre: In the area around Plaza el Venezolano and Plaza Bolivar in the centre of Caracas, actors recreate key scenes from Venezuela's history by bringing to life famous characters from the past who tell the story of their time. Here, the dictator Juan Vicente Gomez takes a stroll with Independence hero Francisco de Miranda.
﻿ 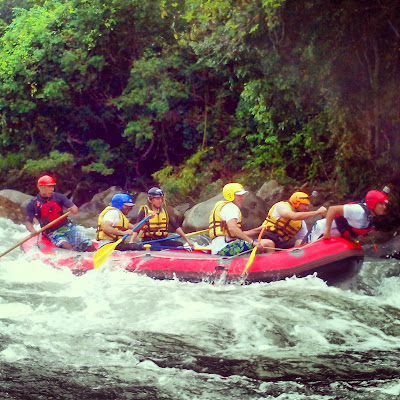 Whitewater Rafting: On the Rio Acequias in Barinas, adventure tour company Arassari Trek took us on a bumpy, adrenaline-pumping ride down a Grade 3 stretch of foaming rapids. It helps if everybody rows together.﻿

For more details of rafting in Barinas contact Arassari Trek 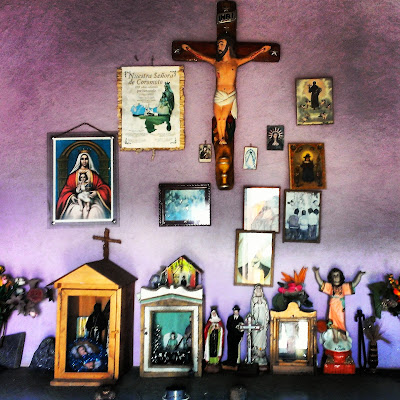 Remote Andean Villages: Just outside San Jose de Acequias, one of the so-called Pueblos del Sur, we came across this tiny chapel dedicated to San Isidro Labrador, the patron sain of farmers. ﻿ 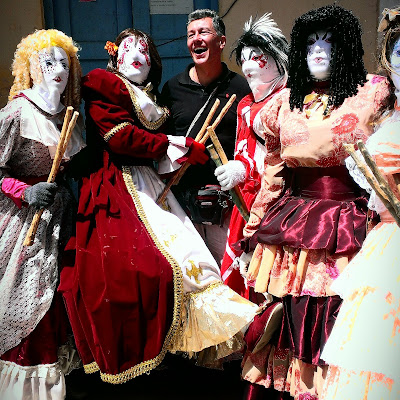 Vibrant Folk Festivals: The Locainas de Santa Rita are gentlemen who dress like ladies for a day during the festivities in honor of San Isidro, as Santa Rita in popular lore is the wife of the saint. As their name suggests, these ladies can get quite "loco" during the festivities held on 21-22 May, and after dancing with their sticks they try to liven up the festive mood by flirting with the men in the crowd. 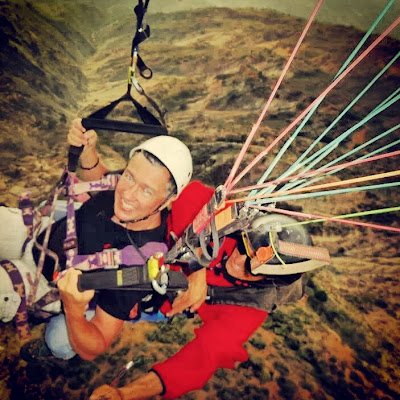 For more details of paragliding in Merida contact Jose at Fanny Tours Tierra Negra
Posted by Russell Maddicks at 2:49 PM