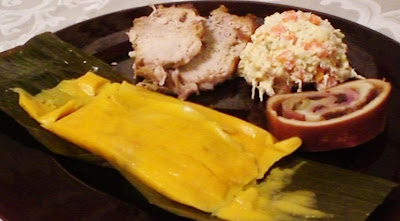 For Venezuelans living in the UK, Christmas wouldn't be Christmas without all the traditional festive foods so it's good news to hear that on Sunday, 9 December, there will be a Venezuelan Christmas Bazaar at the Irish Cultural Centre in Hammersmith (W6 9DT) from 12-6 pm.

There will be stalls selling all the seasonal treats you need for a Venezuelan-style Feliz Navidad, as well as rum, tropical tunes, and a raffle.

Entrance is free and all lovers of South American food are cordially invited to attend.

Festive favourites on sale include hallacas (a stew of chicken, beef and capers in a maize dough pocket that is wrapped in a banana leaf and boiled), pan de jamon (soft bread with ham and raisins inside), ensalada de gallina (chicken and potato salad), pernil (roast ham), and some homemade versions of the traditional tipple ponche crema.

There will also be stalls selling popular Venezuelan snacks, such as arepas, empanadas, and cachapas, and all sorts of sweet treats like quesillo and cakes.

This popular annual event has traditionally been held at Bolivar Hall - the Cultural Centre of the Venezuelan Embassy - but it wasn't possible to hold it there this year due to a scheduling clash, so it was decided to make the move to the Irish Centre in Hammersmith, a good-sized venue with excellent access via the Hammersmith and City, Picadilly and District lines and several bus routes.

Luisa Chavez, who runs a stall called Tu-UK-Navidena, told me that she is hard at work making hallacas and cakes for the event and suggests anybody who cannot make it on the day or who wants to pre-order their ponche crema, hallacas, pan de jamon and tortas can call her on 07985239852, or 01784 241565.

Other stalls include Arepa & Co, who have been selling arepas and cachapas in Camden Lock Market for several years now, and Mi Cocina es Tuya, who have a cafe-style restaurant in Crystal palace selling all manner of Venezuelan food. 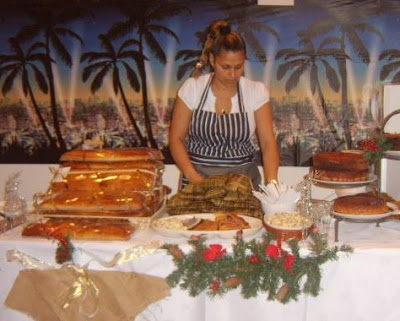 Luisa Chavez and her highly-praised pan de jamon and hallacas. 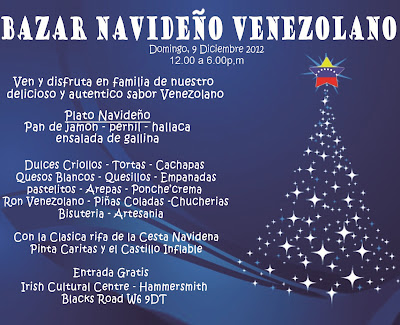 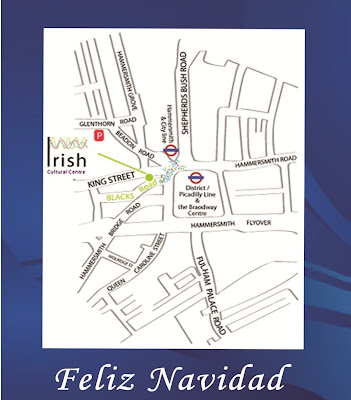 Posted by Russell Maddicks at 8:17 AM

Querido Russell:
Thanks for letting us know about our traditional Xmas bazaar. Thanks for your time and the support given to Venezuela. Feliz Navidad gringo, musiu, turco!

Thanks for allowing us know about our conventional Christmas bazaar. Amazing initiative and I want to the day to eat all those delights of your country. All your recipes look amazing ! thanks for the lovely blog ;-) I'm a born and breath for food ... and your recipes are great inspiration !!!